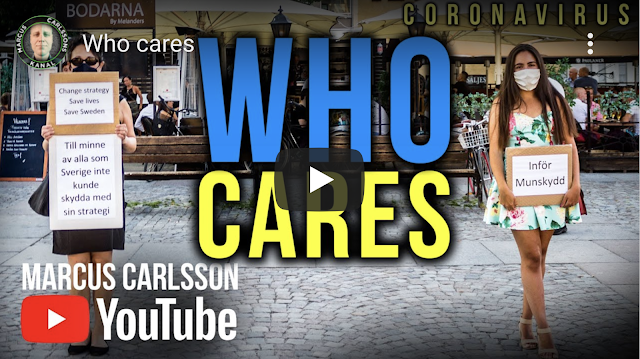 Swedish Public Health Agency (FHM) of which Anders Tegnell is at the head, does not even include deaths of the elderly in aged care homes in official statistics. It is known that people aged 75 years and older represent half of all deaths. Therefore, whatever the death totals are for Sweden, double them! Elderly people in care homes are not administered oxygen. FHM's recommendation is to administer morphine! This makes it impossible to breathe, and the elder person then dies. This indeed is a sacrifice... a sacrifice of all the people who built this country. To be very specific, the strategy of Anders Tegnell and FHM is murder. When all is said and done, they will all be tried for the same. They will not be let off the hook. Punishment is staring at them, as surely as someone stares down the barrel of a gun.